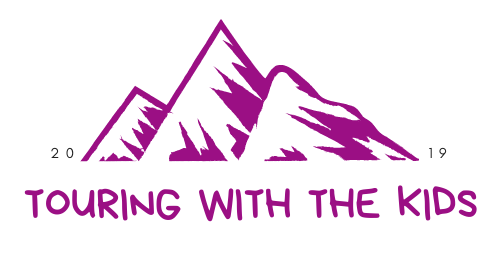 The last few years have been very busy to say the least, and ‘life’ has happened at full speed. In 2014, I graduated from University with a Business Management degree under my belt, then 2015 was the year we got married. The following year (2016) was a busy one, we welcomed our daughter Piper into the world, Richard graduated with a degree in Forest Management and we moved to Scotland. Then 2017 saw us buy our first house and become a family of four with the arrival of Jack.

Last year (2018) was the first year in a while that we had no big ‘life’ events as such, but in other ways it was a very busy year as we adjusted to life with two very young children. We did go on our very first family holiday abroad though, so that was pretty special, albeit a little bit stressful on the plane!

However it was in 2018 that we made the very BIG decision that we would sell our house, quit our jobs and go travelling around Europe in a motorhome. Yay! So we began to plan our epic road trip. To start with, we had only planned a 3 month tour, but that quickly escalated to 6 months and before long we had decided that we would take an entire year out to travel. If you’re gonna do it, you might aswell do it in style right?

Why are we doing it?

Just as we hope to explore Europe and see many different sights, wonders and landscapes, we are also hoping that this trip will allow us to unwind and do something a little out of the ordinary. We are looking forward to enjoying the simpler things such as sitting by a fire, spending time playing with the kids and being outdoors as a family. It’s really not often that parents get to spend this much time with their children. I suppose you’ll just have to wait and see whether that’s a good thing or a bad thing. We may well be pulling our hair out by day 3 of trying to keep the kids entertained!

It’s definitely going to be one hell of an adjustment. Going from a spacious 3 bedroom house to a motorhome with limited space isn’t going to be easy, and we are certain that it will have it’s testing moments but fingers crossed we’ll soon become accustomed to motorhome life.

We’ve spent hours upon hours researching on the internet for countries we want to visit and places we want to see. Google maps really has become our best friend, and we now have a rough route that we will follow, however we are leaving a lot for ‘winging it’ and will decide on the road where we will go next. There are some great websites out there to help you find places to stopover for the night. We’ve mostly used Campercontact for this, but park4night is another website which has come in handy. The best part is you can filter them out by ratings and price and we have found ALOT of free places where we can stopover (great for keeping costs down).

We’ve so far incorporated a total of 14 countries into our ‘plan’, including Norway, Lichtenstein, Italy and Spain where we are planning on spending the winter months.

Most looking forward to

So Jack blacked out, again 🥴
Campervan OR Motorhome???
I remember it quite clearly…
The face you pull after successfully taking your first 💩 on the potty!
We thought it couldn't get any worse...
A really expensive mistake and I'm still fuming that I went along with the idea 🙈😂